I love and live Ice Cream 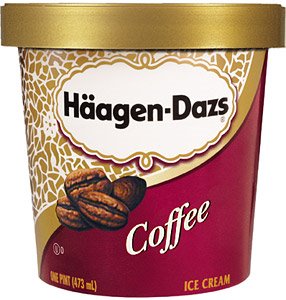 That July 16th in the US was National Ice Cream Day?.....Imagine...a whole day dedicated to one of the most wonderful edible inventions ever and to the people who love and live it.......yours truly included....

I am a dessert maniac.....and you will never find my freezer devoid of ice cream....which is one of the key reasons I will never ever be able to shed those last few pounds that I need to to reach my desirable weight.....and why I will probably never adorn a bikini in public....BUT......all that does not matter.....because once I put a spoonful of Haagen Dazs Coffee into my mouth.....all my troubles and shortcomings just fly out of the window and I feel like a complete person.....:)......It is indeed weird how the simplest...or seemingly silliest...things in life can take one to such a state.....

Some fun facts about Ice Cream:

1. To this day, the history of ice cream remains a mystery. Some say that ice cream was a mixture of snow, nectar, fruit pulp and honey made for the Emperor Nero of Rome by his slaves. Others trace it back to China's Tang Dynasty, where King Shang had 94 men on his staff who helped make a dish made out of buffalo milk, flour and camphor!
2. The average American consumes 21 litres of ice cream PER YEAR.
3. Around 13% of men and 8% of women will admit to licking the bowl clean after eating ice cream.
4. The average single-scoop ice cream takes 50 licks to finish.
5. The ice cream cone is considered one of the most environmentally friendly forms of packaging. (Areille will like this for sure)
6. Baskin Robbins offers almost 950 individual flavours of ice cream!!
7. In 2005, the size of the ice cream market in the US alone was over 20 billion dollars.
8. A traditional name for ice cream is Hokey Pokey. The name originated from early ice cream vendors who peddled their product shouting “ecco un poco” which translates to "Try a Sample".


So anyone wanna do the Hokey Pokey with me this weekend?
Posted by Charanya at 7/20/2006

I want to know how much Amy's is paying you! :P

Methinks Ciara's idea of a perfect date centers around a few cups of ice cream and intellectually stimulating conversation at the Arboretum Amy's! :P

When I read this y'day something popped into my head that I really wanted to write, and now that I can write it, I can't think of what it was!! Anyways, a fun read!

A dish made with camphor? King Shang must have had a splitting headache and permanent good smell on his stomach linings.